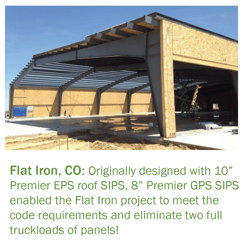 Thinner Framing:  In some conditions, higher R-Values allow for thinner panels, which in turn can reduce accessories (shorter fasteners, thinner connection pieces) and transportation costs tied to the shipment of SIPS from the factory to the job site. 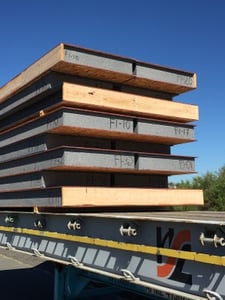 Environmentally Responsible:  SIPS typically produce 30% less Jobsite waste than traditional construction and are recyclable, and have no HBCDs reducing the burden on our natural resources.

The Science Behind Graphite

Premier’s Graphite SIPS are made with graphite polystyrene (GPS) cores which increase R-Values through the graphite’s ability to reflect radiant heat like a mirror.  The result is a cost-effective way to increase R-Values by an average 30%.  Ultimately Platinum SIPS are able to increase energy efficiency without significant cost increases.

What Do You Want (or Not Want) in Your New Build? Just Tell Your Builder You Want SIPs

Do you know what you don't want when it comes to your new build? With SIPs, you can tell us what you want or don't want and..

To conserve natural resources, generating energy from the sun is one of the smartest and easiest renewable energy sources..

As the oldest manufacturer in the SIPs industry, Premier’s SIP system is the proven prefabricated building envelope framing system for your next commercial or residential structure. Faster, stronger, and greener than outdated lumber framing methods, SIPs are the future of framing. Join the other thousands of structures built with SIPs, and contact the expert in your local region to get started.